“All are most welcome.”

Each student is welcomed into the “Notre Dame Family” in a local and immediate way in his or her residence hall.   Every residence is guided by a specially selected and trained staff who take on the profound responsibility of building community, fostering inclusion, and ministering to the individual needs of residents.

What is a rector? The term “rector” has a unique meaning at Notre Dame.  Rectors include priests and brothers of the Congregation of Holy Cross—the founding order of the University—women and men from other religious orders, and lay women and men.  Most are trained in ministry and education.

S/he lives in the building full-time and sets the standard for communal life, counsels and advises students as a confidante, and supervises the staff.  At Carroll, every resident will be known to the rector by name. He hopes to build trust and respect, always supporting the deep friendships and bonds among Vermin. 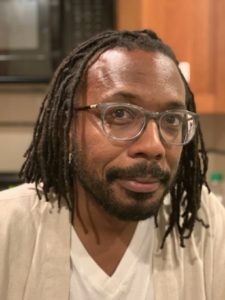 Eric, a Chicago native, has been involved in ministry for many years in parishes, middle and secondary schools, and universities. He has a BFA in Electronic Media and an African American Studies minor from the University of Cincinnati College-Conservatory of Music. He earned an MA in Applied Philosophy from Loyola University Chicago that combined social philosophy and theology. Shortly after graduating from college, Eric worked as Parish Liturgy Coordinator at Saint Benedict the African (East) Catholic Church in Chicago, and as a House Manager for The Theatre School of DePaul University. He was heavily involved in retreat work with Charis Ministries, an outreach of the Jesuits for people in their twenties and thirties. He subsequently joined the Society of Jesus and was in formation for the priesthood for seven years. After leaving religious life, he found his way to Saint Mary’s University of Minnesota in Winona and worked as Campus Minister for Liturgy and Faith Formation.

Outside of direct ministry, Eric has been active in the performing arts his whole life. For the last few years, he has been helping his two best friends from undergrad grow their Baltimore based, music-driven performance art company, Afro House, as the Associate Artistic Director. When Eric is not geeking out over liturgy, he’ll be writing about theology and contemporary culture, or trying to convince someone of the cultural importance of some of his favorite films or TV shows, especially Star Trek!

ASSISTANT RECTORS (ARs) are Notre Dame graduate students who serve in residence halls, living side-by-side with students. The Rector and two ARs form the Head Staff, assisting the Rector with general administration and working to ensure a healthy, safe, and vibrant learning community.  Every evening one of the three Head Staff members is “on duty,” fully available to all the residents. 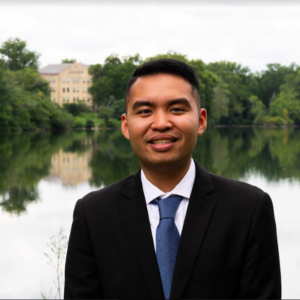 Francis, hailing from Vancouver, British Columbia, Canada is in his third year at the law school. He graduated with a B.A. in Political Science from Simon Fraser University in 2016 and also completed a M.A., also in Political Science from Simon Fraser University, in 2018 before starting at Notre Dame Law School in 2020. Originally born in the Philippines, he immigrated with his family to Canada when he was five years old. Always a more avid sports spectator than participant, Francis is a huge fan of hockey (especially his Vancouver Canucks), football, basketball, but he has also been a recreational curler for the past 10 years. Prior to moving to South Bend, Francis was an avid reader and worked at a bookstore, and continues to try to read through a large pile of books collected over that time. In his spare time, besides reading, Francis loves to watch TV, is a big trivia fan, enjoys a good walk outside, and chatting with people to learn something new. 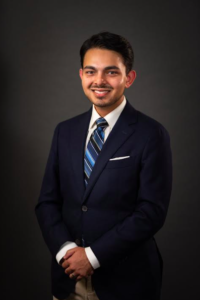 Hello everyone! My name is Sachit Shrivastav, and I’ll be one of your Assistant
Rectors this year. In case you’re curious about who I am and where I’ve been, here is
some information about me.
I was raised in a suburb of Houston, TX (Sugar Land) and attended Texas A&M
University from 2012-16. I spent two years working as a restaurant manager, and three
years as a personal banker. Now, I attend Notre Dame’s Law School as a second-year
law student. Besides being your AR, I’m also the President of the American
Constitution Society at ND and a Teaching Assistant for Contract Law.
Of course, those are the resume highlights. What about me? I’m the son of South
Asian immigrants; I could talk about Avatar: The Last Airbender for hours; I enjoy real,
substantive conversation with good friends at all times of the day; I’m trying to get into
volleyball after watching Haikyu!!, so you might see me outside on the court one day.
There’s more for me to tell, but more importantly, there’s more for me to hear
from you. I greatly look forward to joining this community in the coming year!

To be an RA at Notre Dame is one of the most prestigious honors on campus. Chosen only from among the rising seniors, when possible, they are assigned to serve the community they have lived in for three years. RAs are mentors and leaders, truly on the front lines of building a sense of family in their hall.  In Carroll, there is always at least one RA on duty every night, sometimes two. Residents seek them out for advice, support, or just someone to talk to.

Homesick? Need a video game partner? Suffering a tough break up? Looking to vent about that dreaded “Gen Chem” exam? Walk down the hall and find an RA. 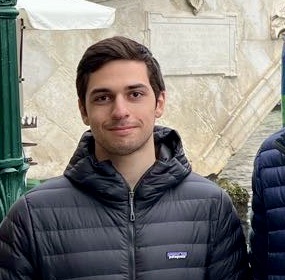 Mike is from Riverside, Connecticut, and is currently a senior at The University of Notre Dame. He decided to pursue an Economics degree with a minor in Energy Studies after developing an interest in the field. In his spare time, Mike enjoys working out, looking at pictures of watches on the internet, and yelling at his television when Notre Dame’s football team is playing. He is also SCUBA certified and dives whenever he gets the chance. When Mike transferred to Notre Dame for his sophomore year of college, he was pleasantly surprised by the strong community that exists on campus. Within Carroll Hall, Mike particularly enjoys the weekly events that bring the community together such as Carroll Kitchen & Cookout. In becoming a Resident Assistant, it is Mike’s goal to perpetuate the well-being of his fellow Vermin.

Liam is originally from Ann Arbor, Michigan, and studies International Economics with a concentration in French, with minors in International Development Studies and Journalism. He is an avid sports fan and can often be found watching games in the lounge or covering Notre Dame’s many sports teams for the student newspaper, The Observer. He also enjoys travelling, and has had the opportunity to visit some amazing places thanks to Notre Dame’s various study abroad programs. He also enjoys reading and playing board games in his free time. The best part about living in Carroll for him is the late-night conversations in the lounge and the tight-knit community in which everyone is known by name. 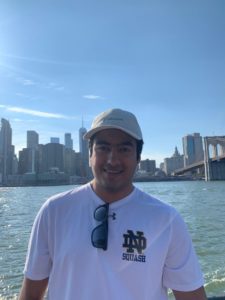 Vaibhav is from Mumbai, India and is a senior studying Computer Engineering. Vaibhav is extremely fond of cooking and can often be found at the grill during Carroll cookouts. Along with that, he has been a squash player for the last 12 years and is currently coaching at Recsports! He is big on Carroll traditions since he believes it was what made him feel part of the community when he joined in freshman year. After finishing his summer internship in the city of Atlanta he is excited to get back and welcome all of you! 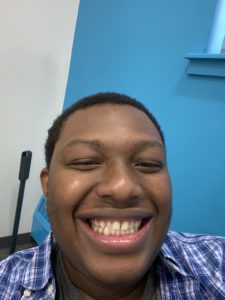 DJ is from Gretna, Louisiana about 10 minutes away from New Orleans, LA. He is pursuing a B.S. in Chemical Engineering and is also a Pre-Med student. DJ also researches with the Wang Group, making nanomaterials for possible biological applications. DJ enjoys playing board games and singing. He is part of Notre Dame’s premiere coed a cappella group, Halftime A Cappella, singing sweet bass. DJ likes playing basketball and sports video games. He especially enjoys the friendly environment at Carroll Hall and hopes to show you the same camaraderie that Carroll has given him.

Rev. Michael E. Connors, C.S.C., Th.D., is a pastoral theologian and homiletician. In 1997 he joined the faculty of the Theology Department at the University of Notre Dame, where he now also directs the John S. Marten Program in Homiletics and Liturgics. A native of the Chicago area, he majored in American History as an undergraduate at Illinois College. He made final profession in the Congregation of Holy Cross in September, 1983, and was ordained to the priesthood in April, 1984. After several years of parish ministry, he did doctoral studies in theology at Regis College in Toronto.  Father Mike has lived on the second floor of Carroll Hall since 1999.

The son of a basketball coach, Father Mike continues to be a huge fan of the sport. But when it comes to baseball it’s White Sox all the way 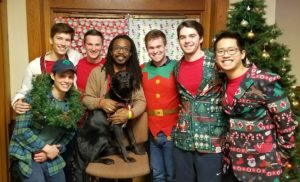 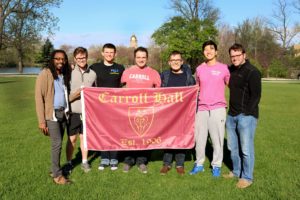 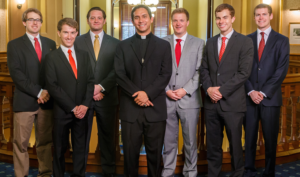